Camping of the Adult Variety

I taught a full day on Thursday after I came back from Thailand, and after a day of transit followed by 5 hours of sleep, I was so tired during the day I felt like getting sick on myself a couple times. Luckily that didn’t happen. Friday night I went out for drinks with some teachers I work with; it was the first casual drinking gathering I had done so it was great, and when the weekend came I went to Takato for an English camp my Philippine friend, Mervin, had organized.

It was your standard fare of fun and games. We played different games from charades to “gozmondo”, where you’re given 2 ridiculous 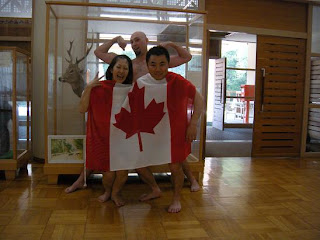 options to pick from, and debate which one is better. Some examples were: would you rather pee your pants at your wedding and have everyone laugh at you, or would you rather laugh uncontrollably at your Grandma’s funeral? Or: would you rather have to crawl everywhere you go, or have to stand on your hands every time you’re not moving?

I headed team Canada naturally, and we gave a presentation. One dude in our group had been to Vancouver before, and while he told his story, it was crazy! Apparently he was originally going to Toronto, but it was September 11th. Along the way a fearful atmosphere took over the plane, as everyone knew something was wrong, and they landed in Vancouver instead. Once there, they were trapped in the airport practically all day, watching the shocking footage on TV. He said all flights were grounded and he was stuck in Vancouver for one week. He loved it though and wished he could stay longer, so his story ended on a positive note.

For the most part Team Canada did really good. One activity had us discussing what 10 things we had in common. While other groups did things like “we’re not wearing glasses” and “we all live in Nagano” our group was more outrageous with “we’ve all gone skinny dipping” (suggested by the 60 year old grandma), “we all hate Paris Hilton” and “we have grown and eaten home-made vegetables” among others. At night we had a campfire and ate smores, and Sunday we played the best activity of the camp: a picture scavenger hunt.

I’ve done a similar event before, and this one was just as fun. You get an hour to make photos like “funny faces” or “naked” and got points accordingly. 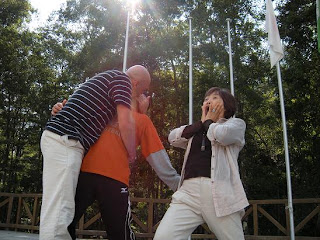 I thought it was quality over quantity and the pictures were put to a vote, but that wasn’t the case and we got last place. Regardless, I think we had some of the best pictures, as you can see some that I posted. “First kiss” was a classic I think.

It was an interesting week though following. As I said before, I’m taking something of a “time management” and “goal setting” thing. The lady I tutor called me, and said her son had come down with influenza, so she gave me the week off. In fact she called me again today and said she’s still sick so I have this week off too. Anyways, I had more time to try and catch up with goal setting and stuff like that.

I listened to some “Zig Ziglar”, a motivational speaker. He has a cool accent and some good stories so that was interesting. I did various other things like trying to meditate. It went poorly though, as they talked about weird things that made me confused and not so relaxed as I probably should have been. (“find your heart”, “match your breathing” and so on…what?) I tried something new too: hypnotherapy. You play a tape, and this dude hypnotizes you and encourages good things. Tracks I got are on things like memory improvement and accelerated learning.

I found out I have an inquisitive mind from his description, and therefore I have a much harder time being hypnotized. 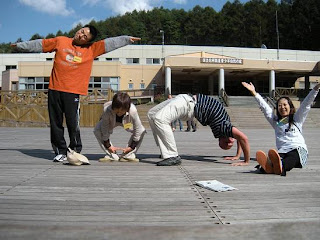 This is due to constantly analyzing what is being said, wondering “why” all the time, and constantly monitoring my situation as your senses get heightened. Therefore I wasn’t deeply hypnotized that first time, but it was still a cool experience. I find my body having similar feelings when I’m trying to sleep and focusing relaxing muscle groups and what not. I think it’ll get easier and better the more I do it. (Picture BONUS! can you see what it spells?)

Well that went well Monday and Tuesday, but I woke up in the middle of Tuesday night and spent hours in the bathroom being sick. It sucked. There was something funny in my salad that I made that night; I don’t think I’ll be making salad anymore and just stick to things like bacon and cake :) haha

Thursday I still wasn’t 100%, but I had a great tutoring session. My teacher, Kayo, said she could see the big improvements I’ve made since I’ve started. I find words stick with me a lot easier now so it’s always a good feeling when I leave class. I want to learn to carry that feeling with me through the week and study more. Ya, you can probably see I’ve hit a bit of “information overload” which is all too easy to do when you have access to the Internet.

“Life is like a huge buffet line. You’re only going to have enough room to eat a certain amount, so plan accordingly.” More and more I realize and appreciate how finite life is during my time here. You meet and get to know new and interesting people here for a year or more, and maybe less. During that time you can only visit each other only so many times. Then they’re gone, and then what? Life goes on, that’s what. Learn to cherish your time with people more, and with the things that you do.

All day Friday was a meeting for teachers up in Matsumoto. Surprisingly again, it wasn’t too bad as much as I seem to dread these events where you hear the same stuff over and over again. I’m the only 3rd year in my block but to be fair I came with only 2 others, Noboru and Patty. Patty went to Nagano City and Noboru went home. Now we’re mostly 1st and 2nd year teachers, so I’m the old guy of the block. Except for Jessie, he’s in his 4th year.

After the meetings, we went out for Mexican food, and I somehow ate 3 main courses: some fried rice from Laos, some soft tacos, and a burrito. I spent a bit too much but wow was the food good. We met up with Neal and had a fairly big and fun party. It was funny how there were about 30 of us out near the main station all being drunk on the street and disorderly; there is a cool atmosphere in Matsumoto where you have more than a couple streets with that feeling, and many people walking around from one drinking party to the next. That kind of cool atmosphere is hard to describe, but I recommend you experience it.

When we got back to Neal’s, we weren’t up long before we were all asleep. Most of the people there were going to an English camp in Iida, and although I was invited, I declined a month back. This turned out to be my first 2 days off in over a week, and I thoroughly enjoyed them at home by playing video games and talking to people back home. Not to mention trying to catch up on some of those goal setting exercises so I could be ready for the next telephone conference on Sunday.

Sometimes I can actually see a routine to my crazy life here, and it’s a bit refreshing 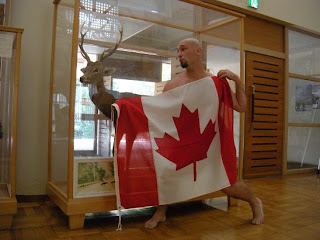 . I guess I shouldn’t try to see it as much as I should be making it for myself. I got lots of stuff to work on, but it’s an exciting experience to play around with it. For example at Friday’s meeting they had a presentation on studying for your masters. They brought up European Universities, and how they’re one-year courses you can take for free… I don’t think that would be a bad way to see some of Europe and get “freshened up” with my degree material at all. More planning and decision-makings to come…

"A still more glorious dawn awaits - not sun-rise, but a galaxy-rise. A morning filled with 400 billion suns; a rising of the milky way" -Carl Sagan