I’m not a fan of posting my own “random thoughts” section at the end of my posts; I shouldn’t be advertising my problems, even if that’s what makes me human. It wasn’t the best week, but that’s how we figure life out maybe.

On the surface, I had a good week again with good friends, good food and good talks. Tuesday was a day off, but I went to Okaya anyways for a Japanese lesson, then later stayed for good pizza. On Wednesday 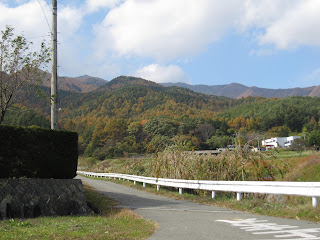 I taught a busy, but fun class about travel to my adult students, then Thursday again I tutored. It’s going better I guess, I’m not so good with kids yet, but I’m figuring stuff out and trying to be effective at the same time. Afterwards there usually is an amazing meal cooked for me, so it’s not a bad job at all.

On Friday I got together with some of the teachers in the area, then again on Saturday night. This time though I met some new people I haven’t seen before. Neal’s words of wisdom rang true again when they turned out to be douche bags because “You know when someone’s been in Japan too long, when they don’t look at or talk to other foreigners.” If that wasn’t bad enough, they were double douche bags because you’d swear they just started high school they were so immature, but not so young as the I overheard the one talking about his wife and kid. This turned my stomach quite a bit, but at least I have no regrets about having not met them earlier.

I did however get to see Dean again after about a year; he’s a cool guy from Winnipeg. That’s about it for last week; finishing on a high note.

"When I grip the wheel too tight, I find I lose control." -Steve Rapson