All aboard the tour boat

There is no excuse for this being late, other than I was up past 1 in the morning the last 2 nights playing video games; and now I have a big headache. Ah well.

I had Wednesday and Thursday night off for once, which was a nice little break that was too easily squandered. I’ve spent a lot of time just trying to read sentences and learn their words/patterns in Japanese all week. I have vague memories 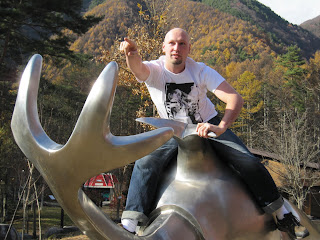 of learning to read in Elementary using similar approaches and I think that turned out pretty well. You see how the language fits together and the context of the sentence helps in figuring out, learning and memorizing the new words that pop up. (eyebrows are still growing back...)

Just by reading a kid’s book it’s interesting how much I’ve picked up and learnt from that. The sentences are simple and repeat a lot. The only downside would be the useless vocabulary that comes up, like the Japanese equivalent “hide and seek” and other words that were peppered over one book in particular.

On Friday I think I had a quiet night at home again. Dougal called me at 8 to invite me over for tacos, which would have been great if he didn’t live an hour away, it was raining 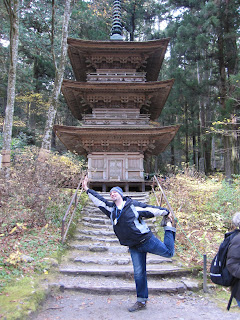 heavily and was quite late already. I was hoping to go on a hike in the morning, but it was still raining so I played games instead. That night a group of us went to the world beer restaurant again, but I didn’t join them in going to the second pub and went home early.

On Sunday we joined the guide club’s tour around the famous Kozenji temple in Komagane. It really is a beautiful and peaceful place, made even more fantastic by the 3/5/7 festival occurring. As I’ve written before, those are the ages celebrated by boys and girls as traditionally once they’ve reached that age their chances of surviving increase dramatically. Now it’s just a nice festival with cute little kids wearing very formal clothes and visiting the temple.

We went on a couple walks, enjoying the beautiful weather and fall colours. We had an amazing lunch and later visited a beer factory. 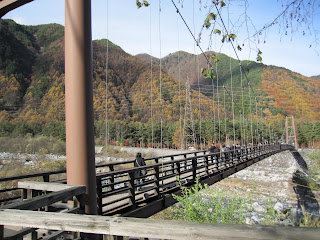 I only bought a beer and some wine, as being inside the large warehouse that reeked of hard liquor; I got the unmistakable urge to drink some red wine. It really is good stuff and supposedly healthy for you. There were so many people there and it was great to catch up with some; like Neal, who I haven’t seen in almost a month, but time was fleeting as it always is.

Next week I’ll post late again, but this time because it’s a long weekend and I’ll be in Kyoto visiting Noriko again.

"Better to light one small candle than to curse the darkness." -Chinese Proverb