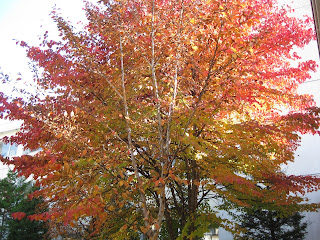 Neal and I had Brazilian food on Wednesday, and Junko and I had ramen on Thursday. After which we played video games at my place again, it was lots of fun! It’s nice having a gaming partner again.

My 3rd year students at Yayoi only have 3 classes left so we watched a cartoon to help wind up the semester and have fun. The dead horse I keep beating is how it’s ‘crazy how time flies’. I just hope I did a good job and didn’t fail these kids in their academic pursuit. Next year the English interest has jumped so high they are discussing the possibility of me teaching 2 OC classes; I wonder if it’s because I had a good effect on those first years that are now going to be 3rd years soon… wow

And for the weekend, I went to Tokyo. Heh, you know you’ve been here a while when a weekend trip to Tokyo has become somewhat run of the mill; I mean I only took one picture all weekend and it was of a small booth partially hidden underneath an pedestrian overpass bridge. The reason behind that is you’re not suppose to smoke in public, you have to go indoors and hide it; and second-hand any poor suckers also inside.

Anyways, I went to visit my friend Matt from Australia. He had been to Japan before, but hey, Tokyo right? One of the largest and most exciting cities in the world. I’m always up for a reason to get out of my little house and town; all study and no play makes Tony a dull boy. It’s quickly becoming my second home I guess.

I guess the highlight of the weekend was the night scene, of which I finally properly indulged myself in at the expense of being able bodied for daytime adventures. That’s alright though, I discovered a number of other people that were also fluent in English. It was a bad weekend for my Japanese to say the least, but it was still cool flexing my social muscles and making new friends.

Heh, funny side story: while we were recovering one morning looking bleary eyed at some English magazines that were in our hotel we can across a guy’s 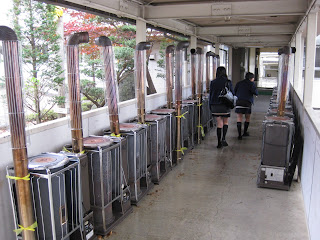 personal. “Buy me a meal and I will f**k you. Alcohol required.” Then it had his email. Heh, we were laughing at that one all day, blunt and to the point I guess. The magazine also had a pretty cool movie reviewer; who gave the most scathing reviews I’ve ever read. It was really cool to read; I think I might start subscribing…

Anyways we had a number of late nights and some crazy adventures, of which you can fill in the gaps with loud music, strong drinks and cute girls. I’ll have to come back to these clubs in the future with Dougal or someone. After Matt left I even got to meet up with my friend Anita after, albeit extremely briefly as it took over an hour of wandering streets to find the place and then I had to leave less than an hour later to catch the last train back; Matt wasn’t around to split the $40 cab ride this time with me.

Sigh. Back to the books to study for my Japanese test in 2 weeks. Neal isn’t even studying for his, haha. “I put in some time a couple weeks back” he says. Confidence is good and all, but it doesn’t answer questions on a knowledge/fact-based test. Atleast the schools finally turned the heaters on a couple days ago, even if it's snowed last week. Bare with my bland stories for a while longer, the test is fast approaching and I leave on a huge trip Dec 18.