While I’m not as busy as I had been previously, time is still whizzing by quite fast. I’m putting a little effort into job hunting, though not overly. It was funny when I met one of my sister’s friends a couple weeks back and they asked me what I do. When I answered, “I’m unemployed” they stuttered a bit before being lost for something 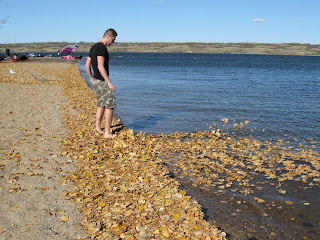 to say. I guess that’s pretty uncommon, but I suppose I didn’t help the conversation much with such a simple answer, followed by a smile and a ‘peace’ sign.

I’ve been reading books, sleeping in, and playing games a lot. Though, it seems I spend more time installing and tweaking/modding games than playing them now; I suppose video games are largely becoming a thing of the past to me. It’s an expensive hobby really, so I mostly get older/cheaper games that are still good. I do have some savings, but not extensive, and I’m reluctant to spend it without knowing when/where my next paycheck will come from.

Regina is a city, situated in a place, where outside spending times with friends and family, you’re going to need money to do anything slightly entertaining. I’ve persuaded 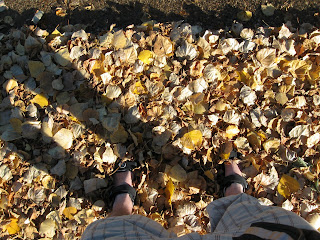 several family members to go on road trips, or play games together largely in vain. That’s not to say I’m not having fun, and we aren’t having good times together, but I’m starting to hunger for more excitement and adventures again.

My camera is still lost and I still haven’t bought a replacement; I figure I’ll hold off until a large event to give it time to show up somewhere. Though hope for finding it, along with those games I misplaced (?) somewhere in Japan is dwindling. I’ve been using Mom’s camera a bit, so atleast I can show you some pictures even if I don’t have many new ones. These early pics are the leaf covered beach my brother John and I visited.

I’ve written this post over several days making it disjointed, but now it’s Halloween and I’d like to put it up before November rolls over. I went to Chris’ place yesterday where we carved pumpkins. It was a great idea and I’m very proud of my “One Piece” pumpkin. They made an impressive one as well of “puss in boots”; that cat from Shrek.

John is a crazy brother as always, betting money on football games now. I watched the game with him last week, mostly because he was cheering against the Roughriders; 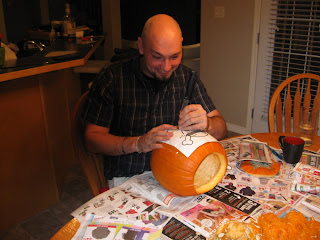 something I needed to see to believe. Sure enough, they were terrible and lost, so we were glad to be cheering against them, and he won over $100 on his ticket. Before I went home, he had another ticket ready to go for some NFL picks even though he didn’t really know anything about the league. As long as he’s enjoying himself I suppose, I know he’s smarter than becoming a reckless gambler.

We got a ton of snow in Saskatchewan this week, and I spent almost 3 hours shoveling it on Thursday maybe. I figure I moved a couple tons of wet snow, and the next day my entire back was stiff so I moved and sounded like an old man. I’m much better now, and a lot of the snow has melted since then, but it was a good workout eh?

My Aunt had a steak night fundraiser, which coincidentally 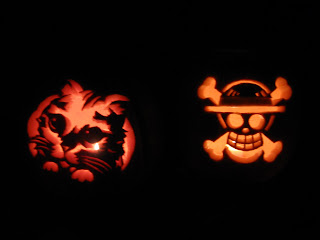 felt like a mini family reunion. I saw many folks that not only hadn’t seen me in years, but also didn’t even know I was home. I suggested to many of them we should have a large family gathering to get reacquainted, but everyone seems to be waiting for Christmas for that.

I half expected to be gone by October already, and here it’s November. It’s looking like yes, maybe I will be here for Christmas. Perhaps it’s time I started to get more serious about finding employment and stop enjoying my daily vacation so much. It was a good feeling finally updating my blog again; it feels more like something I want to do, and less of a chore now :) Perhaps I can try to be more frequent than once a month.

"The way to get started is to quit talking and begin doing." -Walt Disney

It's Uchiyama from Japan!!

I am happy to know that you're well in your place.
Your ONE-PIECE pumpkin looks quite cool.

Whenever I see something related to One piece, I remember you.


We have no good autumn weather this year after a long, hot summer><
Now it is almost winter!!
But we cannot use our heater at school because of lack of budget...


I hope you will find a good job soon.
Say hello to your Mom.