I haven’t really wanted to update while relaxing, but it’s almost October already, and if I don’t post anything in September that would be pretty embarrassing. Patty called me up the other day to see if I made any “life goals” yet, and while they are there, have been pending due to holiday. 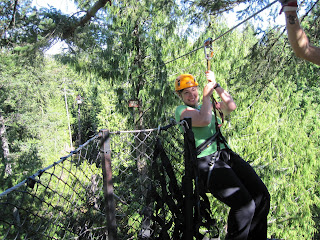 of which, I guess I should mention Victoria as I left off there last time. We made a grand list of things to do, but only touched a couple of them. Patty saved up holidays for years and works way too hard, so the first day or two was spent sleeping in and catching up. I got to meet her awesome boyfriend who cooked, and gave me beer frequently.

Probably the highlight of the trip was when we went zip lining. It was amazing swinging around the trees and putting your life to little metal wheels rolling on a cable suspended high off the ground. I took a video on one of my trips and really enjoyed the whole thing.

We did a lot despite there being things we couldn’t do. There was a campfire ban due to how dry everything was. Huge fires were raging in B.C. that made it to Regina even. Another awesome thing we did was visiting a nearby observatory with a huge telescope.

I wasn’t there very long, maybe 4 or 5 days. I’ve been in Regina ever since, visiting many different friends and family. There may be many people I haven’t seen yet, though the number was much higher than I thought it would be. 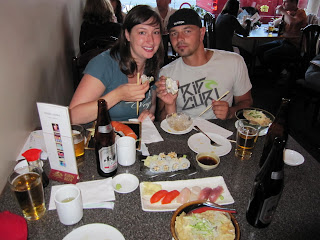 Chris, we played a board game after some amazing food. The majority of August was spent simply meeting people and visiting for hours on end; a couple times I visited my Grandparents, showing them pictures and talking until I lost my voice. I had a night at my mom’s too, when people came over for food and pictures after. Noriko came from Japan and visited for almost a week as well.

Things have slowed down a bit in the last couple weeks, but I’m still having fun. When I call Ann, often there isn’t much to say when talking about “what’s new.” She still can’t visit, and as for working here, they are still processing requests from November of last year. So, I could get a job somewhere and wait a year for her to come join me, or just live that year in Thailand.

It took me a couple of weeks to warm up to the idea. I’m not a big 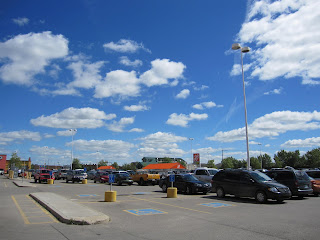 Bangkok fan, but who knows right, it could be fun. Once we’ve lived together for a year, there shouldn’t be so much red tape to go traveling together and such. It’s unfortunate huge shipping crates of smuggled immigrants are finding refuge in Canada, but when you try going through the proper routes they make it impossible.

But anyways, here I have hardly a page written up but it has been very difficult. I lost my camera a couple weeks back at my sister’s house during a football game, and don’t have many pictures; the ones I'm posting are over a month old. It’s quite baffling really, how it was in my hand one minute, but at the end of the night is completely gone. I’m afraid to buy a new one because 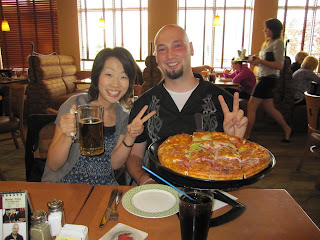 I get inspired periodically to write something down on this blog, just little blurbs about life in general mostly. I’ve signed up to the gym finally to try and lose weight for real, and it’s been a good experience so far.

I read a quote a while back, about how friends are there not just waiting until they can talk, or try to change you, but to just enjoy your company. I’m paraphrasing of course, but it struck a chord with me. My friends here are a lot different from my friends in Japan, but I enjoy their company just the same. It took a number of weeks to “get used to” being back in Regina, so I guess it’s better than the over 2 years it took in Japan.

The sky is huge here, and as a result, the fall colours are a bit harder to view compared to seeing a mountain covered in the multicolor. 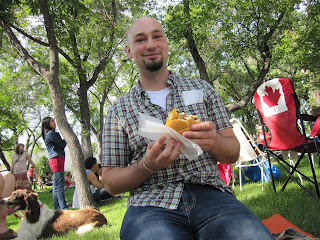 I see things, like Japanese commercials on TV, or their beer at the liquor store; either Regina has become more international, or I have for noticing it now.

I’m off to watch a movie at my sister’s house now, and trying to post this before October comes. I’ll try and update more frequently maybe? This has been a really good, relaxing holiday so far ^_^

"Life does not happen to us, it happens from us." -Mike Wickett