Time, and other reflections

Although I finally updated on time this week (yay!) I leave Friday for Thailand and won’t update next week. I had a great week and even better weekend: I hardly did anything, or did a weird experiment 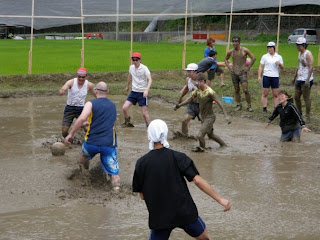 on myself. Now I can finally post those pictures from the mud soccer over a month ago now that I don’t have new pictures for once (and my camera is broken). For other stuff I did: tutored Monday and Tuesday, went for sushi with the tutoring family, discussed Wednesday class on Wednesday with some of the students, and ate “romen” with them (like friend noodles, but using linguini instead of ‘traditional’ fried noodles).

Thursday Japanese class, Friday supper with Junko after my students had a singing competition. After, I looked to get a new camera as my last one broke finally from the sand in Australia; and here I leave on Friday! It rained all day Saturday and I didn’t really want to leave the house; it also got really cold. I felt bad because one of the new guys had his b-day party but I just didn’t want to leave the house; I’ll buy him a drink to make it up to him later. On Sunday I did leave the house to get delicious Brazilian food with my tutor but had to be home by 6 to call my friend Matt in Australia.

Which brings me to the meat of all this I guess. Now this is all just free writing, so skip at your leisure. It’s good to get your thoughts down into words and sentences to make sense of it all. I go on and on about being busy, not having time and such, so I think I’ve developed an attitude I’m not overly fond of. A lot of the week was spent in reflection then, and when I saw Matt in Australia, he offered me some ‘coaching’ with time management and things of the like; so I’ll give that a try for a couple months.

I was driving home one day and I wondered to myself: “how was I so depressed, had free time and never really did anything back in Saskatchewan?” and was hit with some weird realization: I don’t know. Is it because I have more friends here? There is more in my surrounding area? I have a job I actually get holidays from? I had no real answer, and through the week I tried to find out if I do have free time. Suddenly I felt like my life now is not so different.

I guess I didn’t go to the gym, partially because I was still sore from Fuji, and I didn’t really eat out save for that one night. I got more done than normal, and I had free time! So now I’m wondering where am I going wrong. They say you should schedule stuff around your priorities, but I don’t even know what those are anymore other than trying new things and having adventures. It definitely isn’t studying, as I shamefully haven’t done much of that after I wrote about the ridiculous amount of time I’ve spent studying already a couple months back and started wondering why.

I still am having the time of my life, but it’s strange to be so confused as to why and what I’m doing different from when I lived in Canada. My mind went blank 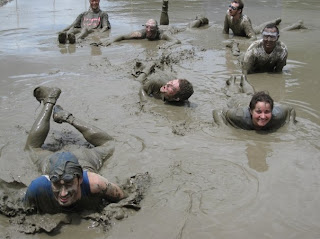 when I thought of ways to take my new lifestyle back home with me. Do these fun things find me, or do I go looking for them? I think it’s rare that I find them, as opportunities are constantly falling on my lap, and I “don’t have” the time to find others. I’m sure I did stuff to set up this lifestyle though, and I don’t think it would be hard for anyone else to do.

So now maybe I’m at a crossroads. Do I reinvent myself again? The high times are great, but I’d like to understand what they are and why have I been so lucky to get them. What is it that I’m doing besides having a great time? I can’t remember the last time I was even slightly depressed since I started wondering this stuff; it’s literally been months. I don’t know maybe I wrote about it. I often forget what I’ve been up to and check these writings for reminders.

Through repetition, we come to believe things on a sub-conscience level, even if it’s not necessarily true. There is always time. We all have the same 24 hours a day, and the same 7 days a week. I am reminded of an amazing book “Catch-22” where one line was “He loved spending time with him because he despised him, and it made the time seem to go slower” or something to that affect. He recognizes that time goes too fast, and by spending it with this guy, he was getting more out of his limited time on Earth.

I’ve watched a couple documentaries, some BBC-4 science channel stuff, and they talked about time. In our brains are biological time watches. They pulsate and you track it to get an idea of how much time has passed; like a hidden sense. They then timed random people and told them to say stop when they think a minute has passed. Younger people said ‘stop’ before a minute, while older people said ‘stop’ after. Basically as we age our sense of time slows down, so that makes the world speed by faster.

Also going further, talks of the 4th dimension, where you can see from the 5th dimension a person’s entire life span from birth to death; not unlike what someone would see in the second dimension as an object passes through; all the thin layers that come together ie years of our life. This gets me wondering about fate, if everything is all predetermined already, and seeing someone is like seeing one long tube of where they go, what they do, and seeing them age through it, is not unlike a sequence in a cult classic movie, “Donny Darko.”

To break from that ‘fate’ though, going another dimension up everything is infinite. Every decision, every thought, every movement is a separate branch in infinite directions and possibilities into its own universe; so really this infinite universe that you control is your own and what you make of it. (oh and we’re not in a ‘universe’, we’re in a ‘multiverse’, but those are in different, higher dimensions on their own)

It keeps going, up to a theorized 10th dimension we exist inside which would explain dark matter; being on a plane of existence we can’t see, but can detect through its gravity seeping over our cosmos; you can only see dimension below you, and detect higher ones through waves… but anyways

I’m fascinated by this stuff 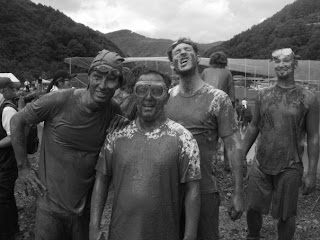 of course, but that’s what makes me a nerd. Now that I’m so far off topic I’m not sure how to go back… Life is good! Just trying to figure stuff out, as things can always be better. I know that I’m happy, and I know “if it’s not broken, don’t fix it”, but I’m always asking my favourite question: “why?”

"I can accept failure, but I can't accept not trying.E" -Michael Jordan