The Goats be Racin'

My exhaustion is profound. I suppose it didn’t help going to bed at 2 in the morning after yet another crazy weekend 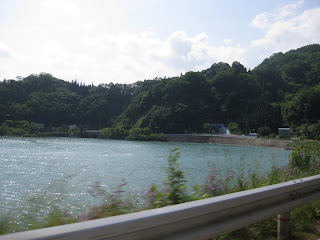 of working and traveling and keeping busy. On Friday night I got off work an hour early to catch a bus up to Nagano City where we had a “disorientation party” for the people returning home. It was a good party like always, but underlined by the sad fact many cool people I’ve grown to know and appreciate will be scattered across the globe, back to whence they came. It was a fair bit more difficult this year compared to last year, but I should be happy I was able to see them off somewhat.

There were so many people though it was hard to catch up. Before you knew it, 4 hours of drinking had passed and people were beginning to scatter to their own respective Karaoke parties or wherever. Cam caught up with me and it was very easy for him to talk me into seeing the new Terminator movie that just opened. I really couldn’t say no, I really wanted to see it. Sure enough it was an amazing movie, but I hope to be more sober the next time I see it…

Again, after another big night, I needed to wake up early to go on distant trip. This time I was going to Sugadaira for an English camp. It was about an hour out of Nagano. I got a ride up with Ashley, which was fun enough, but once again spring time in Nagano blew my mind with its amazing mountain roads surrounded by beauty. It was quite the climb up the mountain.

At the camp, I partnered up with another ALT named Chris and led our students in a small cheer and introduction game. Chris hopped on my shoulders and jumped up and down while I hosted him in the air while we bellowed how awesome our group is. Needless to say we won the contest, but it was harder than I thought it would be having a grown adult jumping around like that on your shoulders. We broke into many groups and the group I had to participate in played an easy game of Telephone; which went over well.

I was more interested in another game called “goat race” however. I was asked to make some kind of worksheet for the kids and a corny choose-your-own-adventure 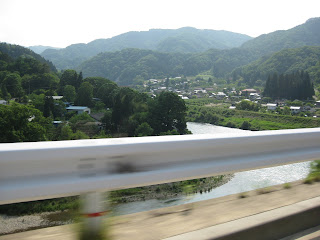 was its product. I laced it with many cultural references that the kids would love and other strange twists. I wouldn’t mind playing it with my own kids sometime; I’ll work something out.

I’m exhausted and going to bed. Since this is so short, I attached a copy of that Goat Race I made. Brace yourself for corny humor and obscure Japanese cultural references.

"The key that unlocks energy is desire. It's also the key to a long and interesting life. If we expect to create any drive, any real force within ourselves, we have to get excited." -Earl Nightingale

(Prologue) You are goats and you just saw a monster! You must quickly run to the village and tell the young and strong mayor this important news! Run fast, because you only have 20 minutes to reach him. Make decisions along the way and get points.

(Instructions: The teacher/ALT reads this like a story and helps the students along. The students listen, and discuss which path to take, similar to a Choose-Your-Own-Adventure. Encourage discussion and “are you sure?” checks. Read them the results, and then the number of points for their decision and carry on, you don’t need to read all the outcomes. Keep score and track of inventory. Hints in the story are in italics, notes for reader not to be read are [boxed])

- Moved Sign Path (1 point + sign in inventory)
Oh no! People from the busy path must have accidentally pushed this here and it points down the long path! Maybe it was Ashley and her crazy dancing.

- Well Used Path (2 points)
Oh there are so many people here! They are in line to buy Takoyaki because it is very tasty. You lose time getting around them, and start to feel hungry now.

- Little Used Path (3 points)
This path looks like the way to Pooh-san’s house! It was a great nature walk, but you didn’t see piglet. This path is a shortcut! Lucky you.

The first house you reach in the village smells so good! It smells like Natto and Tabasco Sauce… your favourite! You’re really hungry. Your stomach makes loud noises, louder than the danger behind you. Do you keep running? Do you eat quickly? Or do you take a boxed lunch [Bento], and then keep running? [Stop to eat, grab and go, keep running]

- Grab and go (1 points + Tabasco Natto in inventory)
Yay Tabasco Natto! You lose time though, because you’re a goat and don’t have hands, and now the delicious smell is making you even hungrier.

- Keep running (2 point)
You must save the village! Your warrior spirit pushes you forward, but your hunger makes you weak and slow; just like Neal.

- Stop to eat (3 points)
Oh that Tabasco Natto sure was tasty! You feel much stronger and faster now like a super-sayajin! [think dragon ball z. スーパ サイヤ じん] It’s sticky and spicy though, so you brush your teeth to look good for the mayor.

After the house is the river; you need to cross it to reach the young and strong mayor. There is a bridge here, but you hear a troll underneath! You know this troll is scary and likes to eat goats. Do you try to cross anyways? Do you wait, and call for help? Or do you go around? The water doesn’t look deep… [cross, call for help, go around]

- Call for Help (1 point. +1point if you have signpost in inventory)
You sit there, calling for help. It’s not very romantic. Soon the monster behind you is louder than the monster under the bridge, so you run over the bridge.
[if you have the post read the rest:] In fear, you dropped the signpost. It was lucky though, as it pointed away from the village so now you have more time!

- Go Around (2 points)
You find a safe path around, but it took a little longer than you would have liked. You saw a frog, but you’re sad it’s not Keroro Gunsou. [ケロロ ぐんそう, anime character frog]

- Cross (3 points)
Good thinking! That troll can’t hurt you on top of the bridge! Uh oh, you can hear a noise! It’s him! He’s coming! He’s chasing after you! Oh no! [“Roar” and scare them if you’d like] You run and get away

- Anpanman (1 point)
Yay Anpanman! The students see you though, and they are hungry! You are scared; they are trying to eat your head! Oh no! You run for your life.

- Suzumiya Haruhi (2 points)
YOU ARE OTAKU! [オタク, point out a student for dramatic effect] People give you funny looks and you want to play video games, but you must get to the mayor first!

- Sanji (3 points)
Yay Sanji! You are so much cooler than Zoro. Zoro sucks. [thumbs down and ‘boooo’ if a student protests] You are everyone’s hero because you are so cool. Girls are screaming and blowing you kisses, but you don’t have time for them because you’re just too cool.

Oh NO! Zombies! [ゾンビ] Scary! They are walking around and talking funny. It’s very scary… Uh oh, they see you! Now they are coming this way! Do you hide? Do you run away? Or do you make friends with them? Maybe they’re hungry for brains! [Hide, run, make friends]

- Hide (1 point)
You hide from the Zombies! You cry and cry like a baby. [ウルウル make “uru uru” sounds for crying, kids love it] When the zombies go away, you continue to the mayor.

- Run (2 points)
You take off in fear! You hear them chasing you! You run and run until you can’t hear them anymore. You wasted lots of time, but you’re alive

- Make Friends (3 points)
Oh, that funny talking was English! Crazy! Those Zombies were English ALTs. You ask for help, but they don’t understand you. Because you’re a goat. Baah, Baaah.

Finally you reached the town center! The mayor must be around here somewhere, but who could it be? Is it the man dressed in a uniform, holding his stomach? Is it the old man with long gray hair by the water fountain? Or is it the young and strong man walking his dog? [uniform, old, young]

- Old man (1 point)
This guy is an elder, he must be the mayor! He is feeding the ducks in the fountain and ignores you. After a long time, the young man sees you and comes over, it’s the real mayor!

- Uniform (2 points. + 1 if you have natto in inventory)
You rush to the uniformed man, but find out he’s only the town guard! He points you to the real mayor and you go together to save the village!
[read this if you have natto:] The guard is really hungry, and when he smells your Tabasco Natto he eats it all. What a greedy man! He is stronger now, and ready to better protect the village

- Young (3 points)
Congratulations! You remembered the mayor is young and strong and you talk to him. He doesn’t understand you, because you’re a goat, but he notices the danger you are pointing too!

(Conclusion)
You new friends and your powerful cosplay come together to save the village. The people make a statue of you, and sing songs about you. Later they discovered you are a goat though, and kicked you out of the village. No animals are allowed still. Sad, you go for a walk and see a new danger! Will you go back to the village and warn them again? [Play again?]

Score
18 = you are no regular goat, you are a SUPER goat! Your name will live on in songs and stories forever just like Sanji! Congratulations!

17-15 = The villagers are always happy, and give you Takoyaki every day! Thank you!

14-12 = The Village is saved and life goes on like normal, lots of Natto for you!

11-9 = The Village has been damaged and the people are sad. Without electricity they can’t play video games or watch anime anymore. Now they study and do homework… EVERYDAY

8-6 = There are more monsters now; the world is a dangerous place. This is the start of pocket monsters! [pokemon]

5-1 = Did you even want to save the villagers? I understand now why you were kicked out.
Posted by Tnoy at 7:57 AM