It was no real secret, as my mood and feelings apparently seem to be, that I have been rather depressed the last week or two. I just had an amazing weekend though and hopefully that makes all the difference.

On Tuesday, since I haven’t had a work party since maybe June, 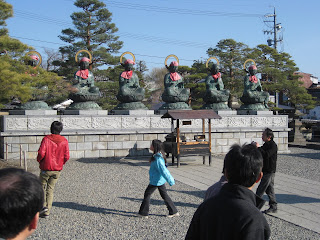 I went through the effort of planning one. And of course as soon as it was planned, I was informed my other school was having a party. Go figure. Anyways, my Yayoi Co-Workers and I went for Vietnamese food and beer at Hiroko’s in Ina. It was a great cultural experience for everyone and maybe one of the cheapest work parties we’ve had. Everyone wants to visit Vietnam now.

Later I managed to talk most of them into Karaoke, which was also a good time. I sang lots, and it’s strange how I feel my voice has changed; I can’t really belt out the screams for too long if at all. My vocal chords simple don’t vibrate at all with many frequencies, making me feel like I hit puberty again. I should stick to the deep songs and stay away from the Metalica and Bon Jovi maybe :( oh sad days. After I took the train back to Tatsuno where I was able to join up with the other parties taking place. There was more eating, drinking, and eventually karaoke at the same place Melissa was at putting on a show almost a year prior. Everyone was talking about it too, she make quite the impression not only with the singing, dancing, Britany Spears and Bon Jovi, but by the sheer volume of alcohol consumed. Congrats Melissa!

Wednesday was a national holiday and a day of recovery. We somehow spent almost 3 hours at a restaurant and I was ready to walk to the train station and go home, but we went and played ping-pong, which was alright. I got whooped mostly, but it was still fun. Thursday I went for ramen with Junko and her friend, so I invited Dougal out to join us. We had a great time and Dougal said I’m a lot more fun when I’m not around JETs. Maybe it helped that I wasn’t hung over haha.

It helps to be talking about intelligent things too, or just joking around with the language barrier, which I’ve become great at doing. For example, while watching One Piece together, the English Subtitles are teaching Junko all these bad words. Of course it’s up to me to point out what you can say, what you can’t, and what is funny. Like I tell her to say to Neal: “I’ll give you a fat lip” and explain that he’ll laugh; she’s really cute saying that stuff.

Friday came and so did the big ski trip that I didn’t want to go to. I was at my lowest point here and I didn’t want to go, even though there was that nagging “you’ll regret it if you don’t.” Luckily someone bought my ticket from me at the last minute so I could spend the weekend doing nothing. Also because Saturday was Valentines and they do things backwards in Japan where the girls give the gifts, I got chocolates from my caretaker Uchiyama Sensei, the Librarian Inoue Sensei, and one of my students graduating this year. I have to remember them for when “White Day” comes a month later, men return the favour with gifts for the girls. So think of 2 hallmark holidays.

Shane from Minowa got a hold of me and we haven’t seen each other in a long time so we got together for a chill-out night of pizza, beer, video games and movies; something I haven’t done since…. I hate to even think about it. Either way, I needed that. I really, really did. We watched Futurama, played Playstation 3, ate $60 worth of pizza (it’s Japan), and emptied a number of alcohol bottles that have been literally collecting (lots of) dust in my house. I half saw it as house cleaning too for when I move in March to Ina.

Saturday was spent with a hang over, and for the rest of the weekend I only left the house to drive and buy fast food. It’s so nice having a car again; sometimes 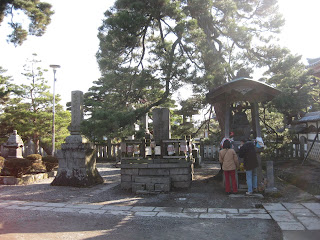 I just drove around the block enjoying the weather and mobility. There was sunshine coming in through my windows with the beautiful weather, and there was me playing video games and avoiding my computer. I beat 2 games and played more. I half meant to get stuff done but I didn’t and I have no regrets. It was like being with an old friend again.

Part of the burn out was because my life is so crazy, all the time. It’s good times mostly, sure; but sometimes deep down all I want is something simple, something relaxed. But the one thing I want more than any of that… I don’t have. I’ve stepped up my efforts, changed incredibly, challenge myself constantly, and things definitely are getting better all the time, but it’s been one horribly frustrating disappointment after another; many of the stories of course don’t get posted here, at least not anymore. I just need a break from this expletive.

Like my sister Patty said though: “keep pulling numbers and eventually you’ll draw a winner.” I bought my tickets and will visit her in Vancouver March 14-16, then I’ll visit Regina March 16-24. One month away, should be fun.

"The time to relax is when you don't have time for it" -Sidney J. Harris