I needed a break from all these job applications, so why not write up a blog post eh?  It’s been a while, so you can probably guess how things went with the MP inquiry.  He’s still a good guy, but too bad his hands are tied.  The embassy faxed them back basically saying how they didn’t believe Ann was going to be a student, and how they figure her real motivation for studying in Canada was to come and see me. 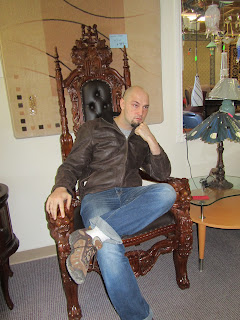 I fail to see the problem with that, but what can I say.  Our last chance, literally, is either marriage or a permanent resident application.
It was ridiculous how many people were telling me: “just marry her already.”  It felt like suddenly I was in Thailand or Japan again where everyone said similar things.  If everyone thinks it is no big deal, then why do I?  Perhaps I blame the bad taste in my mouth from my own parents drawn out, and occasionally very bitter, divorce proceedings… 9 years in the making and no end in sight.  Maybe there is progress being made, I don’t know.  I just try to stay uninvolved, as it doesn’t concern me.
One thing I love about Ann is how she thinks.  She told me, that when her friends announce engagements to her, she always asks them: “oh… are you sure?”  She is strong and independent, innocent and always curious; she inspires me. 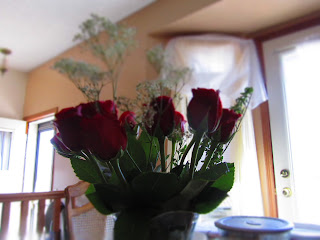 I more than expected her to think marriage would be a far off plan like I did.  I prodded her thoughts on the subject, and was very surprised to here her tell me how marriage would be a great idea.  Paraphrased, it went a bit like this:
“But don’t you tease your friends when they say they are getting married?”
“Sure, but I’ve known you for 2 years.”  She had a very good point.
“Well, maybe we should get married then.”
I don’t remember exactly what was said, but I remember apologizing how unromantic the proposal was, being over the phone and all, and her crying with happiness.  I realized my biggest hang up, and kinda always has been, was the fact I haven’t met her 9-year-old son yet, whom doesn’t know a word of English.  That was my hang up, and hers was thinking how she thought I was too young to be interested in marriage. 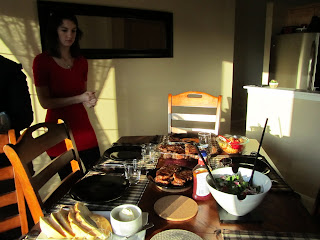 It was a strange couple days to say the least.  I mentioned considering proposing off hand the previous day to my mom, and the next day I found myself on the phone with my sister Patty in Victoria, getting a lecture on how to propose properly as my mom couldn’t contain her excitement.  “Send her a ring in the mail, and have her open it when you can see her”
Odd vocabulary was suddenly coming at and out of me.  My boss Eric gave everyone a beer from his special supply after work the next day where I the first official announcement was made.
“Tony is engaged” I heard him announce.
“You’ll make a great husband and a wonderful Father” I heard from my friend Neal.
“I can see myself growing old with her” I mentioned to my mom.
You know, stuff like that.  Once I got over these strange new words and thoughts, I was more comfortable with sharing the news to others; my buds Lester and Mike went out for wings with me to celebrate. 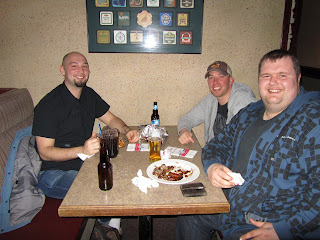 Originally I was thinking of a May wedding, as Ann’s birthday is on the 11th, and to my surprised, many of my friends in Japan had holidays then and would love to attend the ceremony.  Unfortunately for things closer to home, it really is too short of notice.
I’ve talked briefly with Ann over plans, and we had a great chat when she went to an Internet café where we could see each other for the first time in many months.  It would just be best if I went to Thailand, visited her family to help Ann “receive blessings from her relatives.”
So at the moment things are on hold, though I’m hopeful for either an August wedding, or one next January similar to Melissa’s.  The wedding would have to be in Thailand, and during a holiday in Japan when my friends can attend. 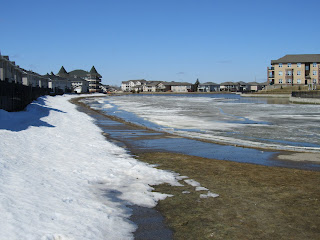 I’m just somewhat surprised how Ann never mentioned how she wanted to get married to me earlier.  Like I said, she thought I didn’t want to get married, and one thing I notice about her, is how she hard she works to make this relationship work.  The first email I got from her after the crushing disappointment of the latest visa denial roughly said:
"I couldn’t pick up your phone because I was busy with my work, it doesn’t mean I don’t want to speak with you. I just felt sad for 2 days but now I am ok. I still love you, that will never change, Please do not worry.  I hope one day I will have a chance to visit your family again. Please take care of your self and don’t worry too much. You do the best for me already.” 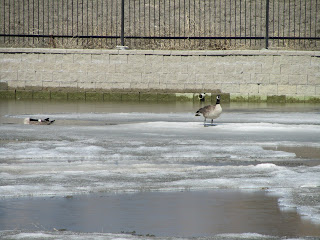 One day in Japan I bugged her about how she hogged the bed one night and I had little room to sleep.  That very night I saw her cramming as far into the corner as she could to give me space, and I felt bad.  This wasn’t the first time I said something offhand or as a joke, and have seen her take extreme measures to make me happy.  Just being with her makes me happy, so I try and reassure her of that and try to help her relax.
That being said, there is a catch-22 situation coming up.  If I get a good job, I won’t be able to see Ann for however long it takes to reassure my new employers I am a good employee.  However if I hear nothing concrete by the end of this week, I’m going to make plans to go and see Ann for a week or two, around the time for her birthday on the 11th, possibly missing an interview or offer in the meantime. 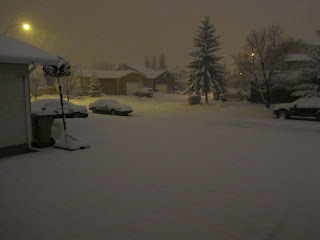 The job front, as always, has been nothing but dismal unfortunately in this ‘booming’ province.  It feels like I’m relying almost entirely on networking at this point, as I was informed I might get a call from a nearby company to which I would need to assure them I was “available immediately.”
As I mentioned earlier, I have been applying for jobs for a good portion of today and yesterday as I got some time off from the restaurant.  Because of finals at the university, we have been very short staffed, and I put in over 40 hours a week for a couple weeks now.  Last Thursday 2 people didn’t come in so it was only the boss, the dishwasher, and I available to try and serve the many customers that flocked to the store before the long weekend. 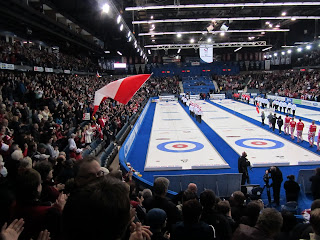 Oh and some huge event came to town, a world curling championship or something.  I was working and couldn’t go, but my friend Ken sent me a picture so I could post it atleast.  Not much really new has been going on outside of work, sleep, and job applications.  Occasionally the family will get together for a large meal, or breakfast or something, like Easter Sunday.
It was a full day of turkey, games and visiting, followed by snacks for supper and a movie.  We started off by playing Mario, but John complained for something different.  We changed the game twice to appease him, before he fell asleep on the couch anyways.  We never did get to play Mario again that day, but maybe next time.
We did play games like crib and sequence, and I made marshmallow cheesecake for the first time since I was in Japan.  I had the very weird experience of knowing what I was looking for in a grocery store, and not being able to find it.  Had I been in Japan I would have found it immediately.  This was a scenario often repeated in Japan but with reverse circumstances.  In the end, instead of a concentrated mix of strawberry/blueberry flavour, I made up a batch of butterscotch pudding to give the cake beauty. 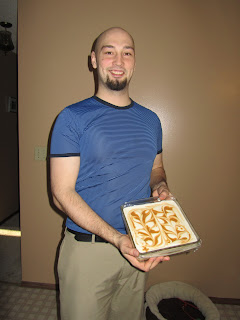 I was surprised at the number of compliments I received as well.  Like I said, all I’ve really done for weeks was work and sleep, so when everyone saw me they could see how I’ve lost over 5kg from work.  I was able to wear some shirts and pants I bought from Japan before I left, that I knew I’d be able to wear someday when I lost enough weight.  It’s just odd how I eat worse than I have in years, with all the burgers and fries I’m exposed to, yet I’m finally shedding the pounds. 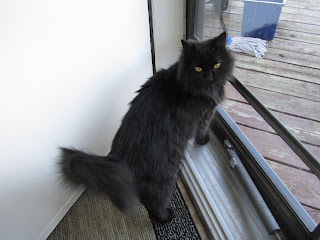 Now that it’s starting to get nice out, I’m riding my bike to work.  The first 3 out of 4 times I went, it snowed heavily of course; Murphy’s law or something.  Now the weather is finally looking nice, and our cat Elvis is anxious to get outside and enjoy the weather.  We got a collar for him so that he doesn’t run away or get killed on the busy road behind the house before he can get to know the area better.
That’s enough for now, for my next entry hopefully you’ll hear a great story about my time in Thailand with Ann, or how I finally got a job from this ‘booming’ province.
"The best way to escape from a problem is to solve it." -Alan Saporta
tnoy
Posted by Tnoy at 4:12 PM