Kicked Into the Abyss

Ann tried for an education Visa and was denied.  She didn’t want me to hear her crying, so she didn’t answer her phone for 3 days.  She sent me an email with her rejection letter, and their reasoning boiled down to Ann is too poor to visit Canada; invitation from the University and sponsorship or not.  They even told her not to apply for a Visa anymore. 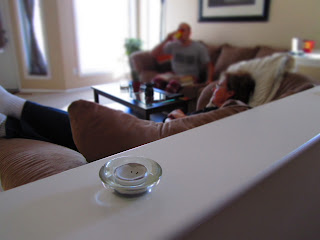 I had a dull headache for 2 days after hearing the news, and Tylenol didn’t help much.  I was in so much shock, I felt numb to everything.  I remember lying in bed, feeling utterly hopeless, and knowing what I was going through paled in comparison to Ann’s pain.  I felt powerless about my own financial and professional situation, and was frustrated to the point of spitting rage with my country’s immigration laws, made in haste after 9/11.

For the first time I truly and deeply regretted leaving Japan.

In retrospect, that was a huge reason for staying a 3rd year; having the freedom to do all those things I did, and that 3rd year I really got to know Ann better.  In Japan I had a good paying job, and their embassy wasn’t an expensive, demanding vessel of pain and disappointment like the Canadian embassy.  I promoted my country heavily with passion and love for the last 3 years in Japan, but now I felt utterly betrayed. 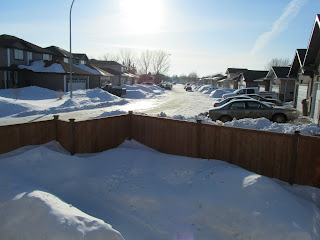 In my state of despair, I wrote a letter to my local MP.  It detailed our struggles with the system.  After calling his office I was advised to send an email and his assistants would look after me.  I did, and the very same day I received a reply informing me that they sent a fax to the embassy requesting details on Ann’s denial.

Needless to say this took me by surprise.  “What does that mean?  Does she have a chance now?”  These thoughts erupted like wildfire and lifted me from my emotional numbness.  Try as I may to fight the (false?) hope, it was a restless night with visions of grandeur.  Our government working hard for its people, smacking down the incompetence of the embassy.  Ann and I walking in, holding hands, while flipping off every employee there for the suffering they doled out.  Of course, these were the fantasies of a traumatized person, not unlike a superhero smack down against a schoolyard bully. 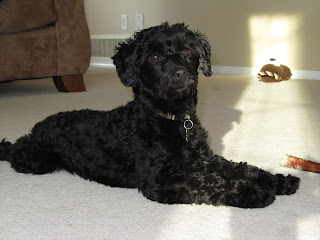 Today, the pain has mostly subsided, and I made a follow-up email today. Typically they don’t hear back for a couple weeks so I guess it’s still in the air?  If things don’t work out again, it seems I’ll be saving my money for an immigration lawyer to fight the bureaucracy at the embassy, or whatever needs to be done.

Another thing that helped me to feel better is I finally received my pension refund from Japan.  Since Wall Street and whoever does what they can to capitalize on the tragedy in Japan, the strength of the yen is unusually high, making an exceptional strong return for me.  I now have some spending money, but am at a crossroads what to do with it after dipping so heavily into my savings for so long.  Get a used car?  Buy a cell phone?  Go on a trip to see Ann?

I decided against the former until I know what my plan is for the long term, and I was somewhat depressed thinking I could be washing dishes for the next 3 months or so.  Every time I hear about a company doing a mass hiring and having to import labour from places as far away as Europe, it feels like I’m getting kicked in the stomach because I still haven’t had an interview and I’ve been in Canada for a long, eight months already.

In my depressed state I contemplated just leaving everything and going to teach in Thailand to be with Ann again since it feels like my degree has let me down.  I went to school so I wouldn’t have to wash dishes.  It honestly felt like there was nothing for me here in Canada, my country that betrayed me. 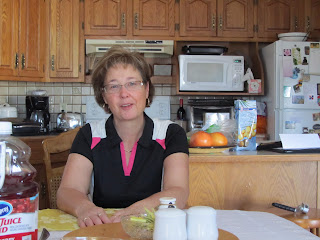 The only thoughts I had against this were my feelings for my good friend Ken, who lent me his truck, and has been very good to me.  My brother John who drove me to the gym almost daily and enjoys my company, and my mom who feeds me and gives me a warm bed to sleep in.  Of course there are more people, but these 3 have been exceptional lights during my dark, dark days.

I recognize I am in a bad place right now.  After Ann stopped crying and my angsty teenage fantasies left, I could find little to talk about, and have been getting sick from menial things like the head cold I have right now.  When I do chat, with my good friend Neal for example, I can’t help but notice how negative and depressing the conversation turns.  I would rather not be a burden that way, and prefer not saying anything.  Misery loves company, sure, but it’s not right to put that on other people.

I knew I was in a bad place when I noticed I started to monologue to myself again.  When things got really bad in Japan, I would put it into words as if I was writing my blog, and I rediscovered how therapeutic this typing is.  Putting your thoughts into words is an ideal way to work out your problems, though maybe I’m struggling with this more because of just how powerless I feel with my biggest problems right now: Ann can’t come to Canada, and I can’t find an engineering job.

Because of my pension payout, I’m ok for money for now, even if it’s a little to play around with.  I like that quote though: “Money is like air, you only care about it if you don’t have enough.”  If more people thought like that, we’d probably have a lot less problems, but I digress. 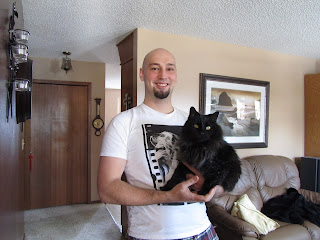 I’m starting to feel a bit better now; I need to start writing these more regularly.  Naturally, I don’t want to leave off on such a low, depressing note either.  As far as jobs go, I feel like I’m lucky to be where I am.  My boss, Eric, is a really cool guy and most days after work I’ll stay after hours for drinks and conversation.  Tonight I’ll bring some of my rum from the Dominican Republic to share.

One of his friends, Jack, stayed and had a good chat with us last night as well.  He has already handed out my resume in the past, and wanted a copy to try at more locations for me.  Not only did he offer to critique it, he was going to talk with his friend to see if he can get Ann work here in Canada.  I know we didn’t really want to try it before, as it will be a 9-month process or more.  But like the Education Visa before it, we’re considering all options. 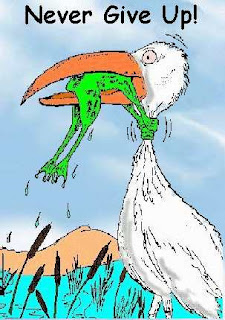 One thing Eric mentioned, an immigrant to Canada himself, was a photo he had hanging up in his office: “Never Give Up.”  I feel it’s appropriate to put it up again for you, though I’m sure you’ve seen it before.

My dad treated me to Red Lobster on Sunday as well a belated birthday present.  Interestingly enough the conversation turned to Japan.  Try as I might, I couldn’t undo the damage and fear mongering our western media has put into people.  It’s times like that I feel like I need to carry around a fact sheet or memorizing my sources. 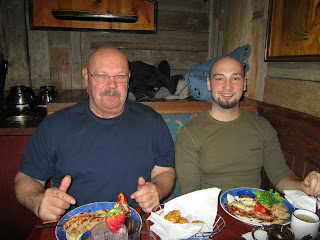 Japan’s nuclear situation will be ok, and there will be no Chernobyl.  As far as I know, most of Nagano has been lucky, though many haven’t along the coast of Japan.  I wish there was more I could do to help out, but so far all I have done is donated to the Red Cross, and you should as well if you haven’t.  I have read some of my friends’ statuses mentioning the volunteer work for the relief effort they’ll be a part of.  Good on them I say, I wish I were there helping too.

On Monday night mom made a big chicken supper.  I was eating and then, almost strangely, I was way too full and couldn’t finish the rest of my plate.  It’s always neat when my stomach shrinks and I think my job has helped me trim down a bit.  A couple hours later John needed my help playing Volleyball, so all that chicken got a crazy rollercoaster ride; it was a struggle, but fun.   Kurt played with us too.

Here’s hoping for better days eh?  I keep saying: “cross your fingers” for good news, but that clearly isn’t working.  You make your own luck anyways I guess.

"How people treat you is their karma; how you react is yours."  -Wayne Dyer

Trying hard to keep my chin up,
tnoy
Posted by Tnoy at 3:16 PM