Where did my stomach go?

Today started off as another busy Monday with me trying to find time for this casual writing. Priorities are always in order for me though, with classes planned, worksheets 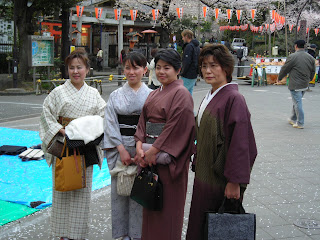 made and students taught. The first lesson was a little shaky with stone-silent students (if paper rustles a bit that’s nice, it’s better than feeling like you’re in a serial killer’s basement) but the second class was going a lot better as it usually does when the between-class tweaking is performed. I was walking between the rows while the students were practicing reading dialogue to each other, completely casual and helping them with pronunciation and encouraging the slackers to try.

The room got oddly silent; everyone at once almost instinctively sharpened their senses. I felt a low rumble in the floor. ‘A train’ I thought right away, but I had enough time to realize the nearest train station was a half hour walk away downhill, this one didn’t ‘feel’ quite right. Then all at once the rumble turned into a roar, and it very clearly went from one side of the room to the other in a split second. The windows rattled, the desks moved, my stomach dropped and the students screamed.

I froze looking out the window, almost expecting the Earth to open up and eat me. When I managed to pull my deer-in-headlights gaze away from the windows that angrily rattled at me, I quickly looked at the ceiling. ‘What can fall on me?’ thoughts quickly changed to ‘where do I run and hide?’ That desk at the front of the room is empty; it might be able to fit me.

Some students started holding each other’s hands, eyes fearfully darting around the room. Will there be an aftershock? What happens now? After what seemed like a long time of screaming and confusion, Matsushima sensei came to me and told me we just had an earthquake. “There have been a lot lately, mostly around Tokyo” as I suddenly remember my friend Lester’s email a couple days back wondering if a particular large one killed me.

Of course my thoughts turned to California and how ‘the big one’ will knock it into the ocean; I’ve heard similar things regarding the whole of Japan. I somehow kept my cool although I was cold all over. When I was at the board I realized I was rather moist, perspiration gathering everywhere. Class continued all right as if nothing happened, even if I remained uneasy. When we got back to the English room the TV was on and reported a 3.7 quake. I thought Nagano was fairly safe, but later found out it really isn’t, as a big fault runs below us; the California scenario flashed through my mind again. Neal sent me a text saying, “I’ve never seen a wall bend that way before.”

And that’s my first earthquake experience, it happened today during my 3rd period before lunch. I can’t really top a story like that, although I fully planned to announce how I had an amazing weekend of doing absolutely nothing, except gaming and cartoons when I hadn’t fought myself to get up and make food or something. I will just talk about things in general I guess now that things slowed down enough for me to catch a breather after a month and a half of life in overdrive.

Last year at Tatsuno and Yayoi alike, there wasn’t really anything you could call an English club. Sure we had a Christmas party and that one interesting welcoming thing when I just got here, but I hardly think that counts considering 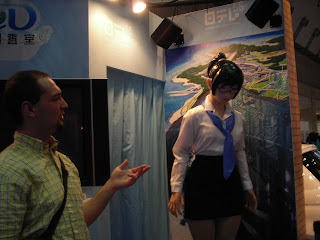 how school clubs here are a daily thing. Imagine my surprise when Yayoi not only restarts the English club this semester, but there are 11 new members from all grades (only 1 boy too). If that was crazy enough I found out students were asking around in Tatsuno of all places. This school is somewhat small with most clubs suffering from too few participants. The kendo and judo club having 3 members each, while boy’s volleyball has 6 or 7, just barely enough for a team.

I have yet to meet with Tatsuno’s club (tomorrow may be the first) but I have met with Yayoi’s a couple times now. We have had a couple fun outings, playing games and hanging out. I managed to borrow a projector for my computer so we can watch movies and shows; moving me closer to the time when I can finally do some video lessons I hope. I learned a lot during the test run, like showing movies with subtitles and bringing external speakers, as the Mac is a little quiet in a classroom. Today we will (try) to watch the SpongeBob movie at the students request, although I’m not sure how good it will be with all the non-English going on in that movie and not too subtle jokes. Ah well it should be fun.

After watching an anime, Keroro Gunso (My mom, Susan watched it too; she scored some brownie points with the students) the students tied the show’s nerdy character to me after I professed my affection of his evil and we had some fun inside jokes. I somehow managed to teach them to play rummy, much to my delight as I haven’t played in so long; my Grandpa still being the best player I know. Anyways I crushed the students and did the nerdy characters' laugh when I knew the coming of my wrath was near. The students typed into their translators and learned the “Tony is up to no good” phrase; It was used several times as I proceeded to give no mercy, I had so much fun.

Not only am I teaching them stuff, but they are teaching me as well. They taught me a slang term that is really popular right now, but next time I’ll have to bring paper and a pencil to record what it is so I can study/memorize it later. This club stuff is all new to me so I can’t give many details, as far as I can tell though it lasts an hour maybe and I have a budget of roughly $20 for the year. I most definitely will do a cooking class at some point; I've got a hankering from some banana chocolate chip pancakes (me and my cravings eh?). We will cook it from scratch of course, as I heard Japanese pancake mix has a lot of sugar. I've been told it’s ok to ask the students to throw money in as well should we need it, although I’m not sure how I feel yet about asking students to bring money.

Well if that wasn’t fun enough, I finally kicked myself hard enough to play an old passion of mine, volleyball. Passing the ball hurt a lot after being dormant with it for so long, so do the muscles. I half-hope the English club in Tatsuno is an hour as well so I can continue with volleyball now that I finally feel like I’m ‘in’. I’m sure something will work out either way, as either girls or boys are playing until 8 most, if not all days. A huge difference I noticed right away was the presence of the managers. We didn't really have to run after our balls much or much to that affect as the two girl managers did all those little tasks for us.

The first day of volleyball the boys where there for only an hour luckily (they came back an hour later) but I was visibly finished for the day. Friday was a little more casual, calling on me to do a lot of serving in particular. I sent those boys running and flying all over the place; I think my float serve somehow improved. This practice lasted two hours and I lasted until the end, pleasantly finishing up with some hitting practice. I pounded the ball a couple times and shocked a bunch of people; I'm surprised I can still make my 200+ pound frame jump 10 feet in the air, although I know I can do more. Unfortunately though, it seems at my age I may just be chasing my prime; it's easier to recognize my limits.

It’s such a good feeling to go and do something. One of my ‘crazier’ (for me) students was catching on to my routine. “I’m sleepy,” I told her one-day and she called me on it. “Tony! Always sleepy!” and I realized she was right; this isn’t healthy., another reason I’m excited to be active with volleyball again. My ‘crazier’ students are getting more bold. “I love you!” is being shouted out much more frequently and sometimes it’s followed by a kiss being blown into the air. It’s all in good fun I think, but I wonder if I should worry about inadvertently getting in trouble. I think my teaching skills have come a far way, things are more natural all the time. I'm happy to be making an impact on tomorrow's leaders and my overall job satisfaction has been increasing as of late.

My cat is still getting fatter; I’m not sure what I can do about that. I need to be taking it to the vet at some point in the near future I think, if it is a boy it may start ‘spraying’ or trying to get out to do a different 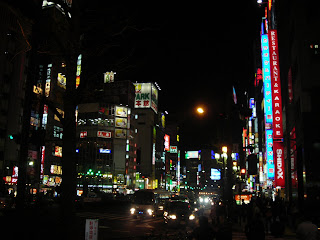 type of spraying. If it’s a girl it may go into heat and then it’s pretty much bye-bye when she runs away to find boys. (Girls I tell ya) I still have fun playing with it, although it is getting bolder with its meowing, much to my annoyance. At least it lets me sleep uninterrupted now; I’m not sure how it finally learnt to shut up at night, perhaps its half-asleep angry owner got up too many times.

It's been really cold lately, and I'm all out of kerosene. I'm still waiting for that happy medium, but at any rate this is better than sweating up a storm. If you really want to hear about my weekend, I went home after volleyball Friday and didn't leave the house until work this morning. I played games until 5 in the morning Friday night, 2 in the morning Saturday and until midnight Sunday; super hardcore hermit style.

"As soon as you trust yourself, you will know how to live." -Johann Wolfgang von Goethe

Dude, you grew up on a FARM and you can't tell if your cat is male or female?

I think I understand your apprehension to the bar scene now.

Hey if you're right about the people in cosplay, then telling the difference between boys and girls is the hardest it has ever been ^_^

Alright it's a boy. I wish the person I addopted him from didn't tell me he was a girl then I wouldn't feel so silly calling him a her for the last half a year. Now that he isn't a kitten he has a sack of nuts. Happy? :P

I have my reasons for aprehension ^_^